The year is 2134, and the Information Age has given rise to the Boutique Economy in which mass production and mass consumption are rendered obsolete. Life extension therapies have increased the human lifespan by centuries. Loyal mentars (artificial intelligences) and robots do most of society’s work. The Boutique Economy has made redundant ninety-nine percent of the world’s fifteen billion human inhabitants. The world would be a much better place if they all simply went away.

“Starred Review. This extraordinary debut novel puts Marusek in the first rank of SF writers. Marusek’s writing is ferociously smart, simultaneously horrific and funny, as he forces readers to stretch their imaginations and sympathies. Much of the fun in the story is in the telling rather than its destination—which is just as well, since it doesn’t so much come to a conclusion as crash headlong into the last page.” ~Publishers Weekly

“Critics compared this debut SF novel to works by Charles Stross, Rudy Rucker, John Wright, and even Philip K. Dick. Marusek examines present-day trends in technical and scientific advances, projects the social, biological, economic, and political consequences of such progress—and runs with it. Yet, although the author “is unstintingly generous in his speculations,” notes SciFi.com, he is also “convincingly realistic.” Inventive set pieces, complex and cliché-free characters with ordinary aspirations, and blurred lines between “real” and “artificial” thrilled all reviewers.” ~Bookmarks Magazine 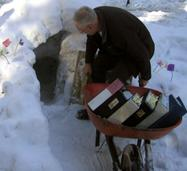 Marusek moved to Alaska in the 1970s with the view of establishing himself somewhere likely to be spared the nuclear Armageddon that he was sure was imminent. Somewhere he could live a self-reliant subsistence lifestyle. Three decades later, he lives in Fairbanks, just up the road from the missile silos of the neocons’ Star Wars initiative. In other words, at ground zero.

Some have theorized this has more than a little to do with the subject matters and characters he offers up on the page. 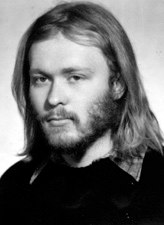 Well, Marusek hasn’t yet. Soon, he says. In the meantime, we discovered how he likes his readers from an old interview: 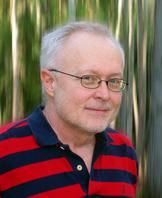 David Marusek spins quirky tales of science fiction in a little cabin outside Fairbanks, Alaska. He is the winner of the Sturgeon and Endeavour Awards for science fiction, and his work has been translated into ten foreign languages.

Eleanor K. Starke, one of the world’s leading citizens is assassinated, and her daughter, Ellen, is mortally wounded. Only Ellen, the heir to her mother’s financial empire, is capable of saving Earth from complete domination plotted by the cynical, selfish, immortal rich–that is, if she survives. Her cryonically frozen head is in the hands of her family’s enemies. A ragtag ensemble of unlikely heroes join forces to rescue Ellen’s head, all for their own purposes.

Counting Heads arrives as a science fiction novel like a bolt of electricity, galvanizing readers with an entirely new vision of the future.