Canyons and Ice: The Wilderness Travels of Dick Griffith

For decades one especially daring traveler has set off into the wilderness with little more than a sense of adventure. Dick Griffith is an Alaska legend who made his name with a string of fearless quests: pioneering rafting down the Green and Colorado Rivers, skiing solo across the icy Northwest Passage, and being the first nonnative to drop into the treacherous Barranca Del Cobre in Mexico.

The first full biography of Griffith, Canyons and Ice offers a rare look at the man behind the soaring achievements and occasionally death-defying feats.

“Stoical, utterly self-reliant, and attracted by challenges of immense scale, Griffith brings to mind heroic figures of an earlier, less craven era—stalwart individuals like Shackleton, Amundsen, Nansen, and Stefansson who explored some of the least hospitable places on earth without benefit of GPS, Gore-Tex, or the possibility of rescue . . . As this gripping and inspiring book explains, Griffith is simply ‘afflicted’ with an irresistible inclination to attempt what others say can’t be done.” ~Jon Krakauer, author of Into the Wild, Into Thin Air, and Under the Banner of Heaven

“Dick Griffith has lived the sort of big, wild life that most cardboard-cutout adventurers of today only dream of living. He has engaged the wilderness in his own way on his own terms without ever once pandering to sponsors. He has undertaken adventures hard to believe, and survived every one of them. The result is a life so awe inspiring you may not believe this book is true. But every damn word is as real as the north-country dangers that have killed lesser men.” ~Craig Medred, reporter for Alaska Dispatch and author of Graveyard of Dreams

“Canyons and Ice is a non-fiction account of an unbelievable life, the life of Dick Griffith. At 85, Dick Griffith has lived several lives, and this is the book that tells those stories. Based on more than 500 pages of his notes and journals and well illustrated with his photos spanning over sixty years, this is the definitive Dick Griffith book, the one that we have all been waiting for.” ~Roman Dial, Alaska adventurer 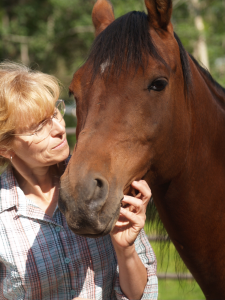 Kaylene Johnson-Sullivan’s work is inspired by the scale of Alaska’s landscape and the unique personalities that thrive there. She says it is a place of dichotomies — expansive light in summer, deep dark in winter; where vast landscapes fill one’s view while tiny tundra flowers bloom at your feet. Alaska, she says, is a place where an artist can feel rooted in what is real and true and at the same time feel free to create in expansive and challenging ways.

Kaylene has been known to:  completely forget about time when hanging around horses.

Things she likes:  reading to my husband before bedtime; hiking; horseback riding; cross-country skiing; the scents of rain, freshly cut grass, and saddles.

She’ll never get caught:  Jumping out of an airplane. Deep sea diving. Forget it.

Favorite pop culture expression and where it’s from: Pop Culture? Seriously, who are the Kardashians? 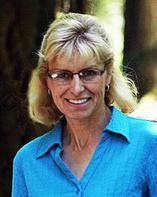 Kaylene Johnson is a professional writer and long-time Alaskan who lives in Eagle River, Alaska. She enjoys spending time in the backcountry and spent a season in the Brooks Range as a wrangler and cook.

Solo travel today is anything but solitary, with the familiar glow of technology and nearly sentient gear as common companions. But for decades one especially daring traveler has set off into the wilderness with little more than a sense of adventure. Dick Griffith is an Alaska legend who made his name with a string of fearless feats: rafting down the Green and Colorado Rivers, skiing solo across the icy Northwest Passage, and being the first nonnative to drop into the treacherous Barranca Del Cobre in Mexico.The first full biography of Griffith, Canyons and Ice offers a rare look at the man behind the soaring achievements and occasionally death-defying moments.  Both a grand tale of adventure and a reflection on what motivates a man to traverse some of the most remote places on earth, it will set fire to readers’ adventurous spirits.

“My grandmother taught me the Lord’s Prayer before I had entered school. We said it together every night when I visited her house.” Dick had mostly forgotten the prayer, but today with a polar bear following close on his heels, he needed all the help he could get.”